Do you remember why you started dancing?
I will never forget why I started to dance.
Almost three and a half years ago I was a boy like every other boy in Germany. I wanted to become a soccer star and thought dancing was only for gay guys. But then I got my first girlfriend and she was dancing in a dancing school and forced me to go to a beginner class.
For this is maybe good to know that it’s normal in Germany to learn couple dances as a teenager.
It was a Ballroom and Latin course, but I need to be honest: I didn’t like it, I really just did it for her. At the end of the first season she broke up with me and told me she doesn’t want to see me at this dancing school anymore. I was upset and decided that I would be there every single day. So I was there all the time and learned that dancing, especially social dancing, is a lot of fun.

After the second season I really loved dancing. I joined a Salsa show group and only wanted to dance. I was a minor, so I had to sneak into dancing clubs so that I could dance more after classes at the studio were over. Not too long later, my dance teacher told our group about a dance he discovered with the name West Coast Swing. He showed us some clips and taught us the basics. It was fun, but not like salsa. After one year of dancing I went to an event that was managed by the dancing school where I work now. The event is huge and is for all kind of couple dances and for a whole week. I went there for Ballroom and Latin dances, but my teacher told me to do the first 3 West Coast Swing workshops with Benji Shwimmer. To be frank, it was a level 3 class and I wasn’t close to this level. But after those 3 hours I was so hooked that I did the other 9 workshops with Benji and 10 others with Maxence Martin and the rest of the workshops with Robert Royston. I was even crazy enough to take a private with Benji.

That was the first time that I really hung out with people that weren’t my age, and I danced with them the whole night. I got addicted to this dance, West Coast Swing, and felt like I was the best dancer in the world, though in reality I had no idea what I was doing. 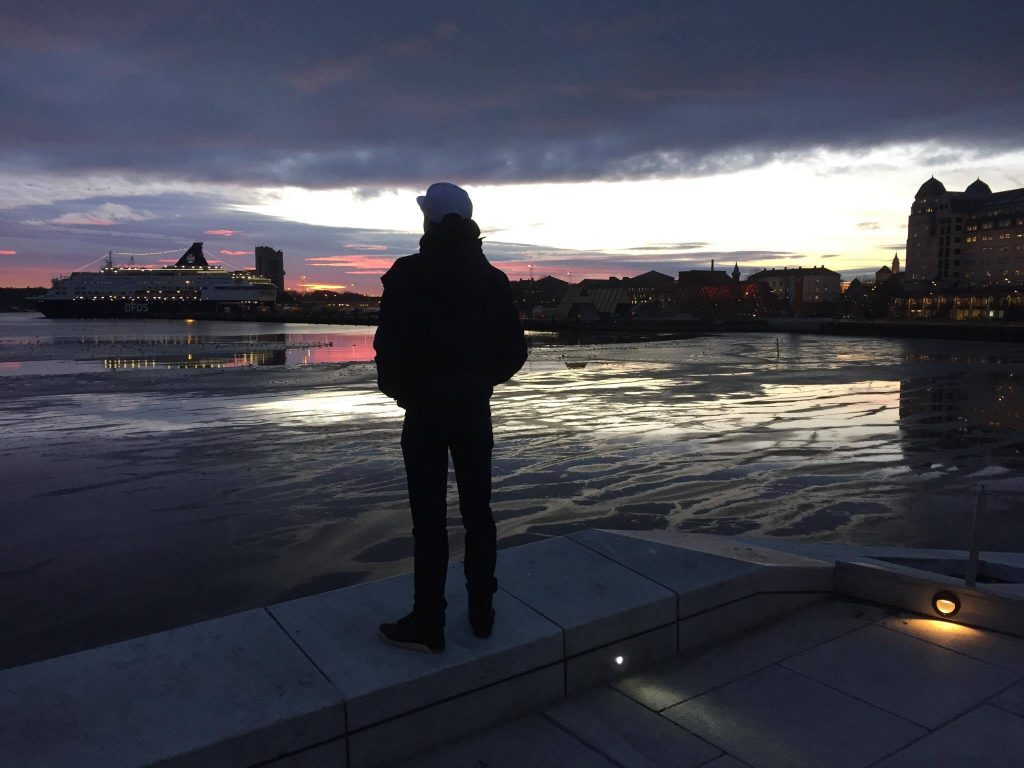 Especially in Germany, there weren’t a lot of people traveling and I ran in another issue: I’m the only person under 20 in Germany that travels for this dance. I was the kid of the community, and it became even more of a thing when I finished school and started to travel more for dancing. Really quickly the running joke began that I’m too young for everything, and I just went with it.

It literally never occurred to me that most of the time I was 5 years younger than the youngest people at an event, because I was used to talking and dancing only with adults. I was more the guy that is protected by this community. In the past year I traveled so much that on average I was at 2 events per month. I only realized that I was the only one who was that young when I got to the event, Warsaw Halloween Swing. There, I met people who are the same age as me. It was the first time that I was able to be a “kid”.

But suddenly I realized that I don’t need to be a kid cause I love the people that I’m with and I don’t care what age they are or what culture, as long as we dance everyone gets along.
I’m really happy about all the people I’ve met: the pros that support me and help me work on my dancing so that I’m able to grow in the thing that I love, people that gave me strength to work through everything, people I dance with that give me the inspiration for my dancing. The people that made fun of me cause I’m not allowed to dance to sexy songs or the people that stopped calling me the kid and started with the bad joke “The Wolf”. 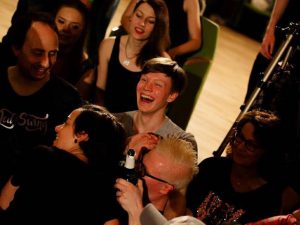 Dancing changed my life
But was it just dancing?
No, it wasn’t just dancing, it’s more the community that changed my life. In the past year I was able to go to most of the European events and never once did I feel that I’m in the wrong place, even though most of the time I was at least 5 years younger than almost everyone at the events. But why? Because the people around me didn’t make me feel like I was different from them. Of course sometimes they joke that I need to be in bed at 7pm or about whether or not I’m allowed to drink alcoholic beverages, but all in all it’s just a joke and most of the time I go with it and play with these jokes and turn it around to poke fun that they are old.

As I said, before I started dancing I was the typical soccer player. I thought dancing was only for gay guys, but I was so wrong about this. I was used to having a rough tone with my friends because, as a soccer player, you want to win and sometimes we would almost start to hit each other because somebody made a mistake.
But this is not how friendships and competitions should work, or at least I don’t think it should work like this. 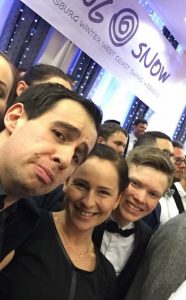 I feel like the community in Europe is more like a big family. We make jokes about each other. We laugh with each other and we’re happy for other people. One of my lovely stories was at KIWI fest, we were standing in the judging room waiting until everything was set up, and just out of nowhere Sonya started to copy our movement styles and dance habits. We were all standing there and nearly peed ourselves laughing. Moments like these are why we are such a great community.
Many people ask me how it is to be the only kid who is really traveling to West Coast Swing events in Europe. Most of the time my dance friends and the other people who are at these events are young at heart so we get along fine. I hear more dirty jokes than when I was in 7th grade. Though I’m usually younger than everyone else at the events, that helps me to get more mature and I help them to stay as a kid. Most of my best friends that I have now are 10 years older than me and even one of my best buddies is almost twice my age.

Sometimes I consider the question why do we dance West Coast Swing?
If you write down what we are doing we are some weirdos. We are going to a city in the world for one weekend to exhaust ourselves for 3 or 4 days with almost no sleep and sometimes you only see the inside of a hotel.
But why do this?
For fun?
I don’t think we do it just for fun, I think more often that we are addicted to this dance like some other people are addicted to drugs or alcohol. It is an incredible feeling to create something in a social dance with a person that you maybe never met before and maybe you can’t even understand each other because you speak different languages. 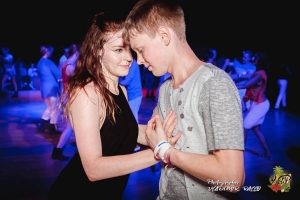 But that’s the beauty of dance. It’s a universal language that every human can speak. It is similar to how if somebody is smiling you know that person is probably happy or excited.
Two of my most beloved followers and dear friends of mine are French girls that are not the best at speaking English, but even though we can’t speak together much, we can still communicate through the dance. Cause we don’t need to tell a joke with words, we just dance something strange or in a funny way and the other person will begin to smile or even to laugh. In the same way, if I’m sad and dance with someone they can give me the feeling of hope. I can’t explain how this works or why it works but it’s a magical tool that we all have.

To come back to our addiction, all of us who dance West Coast Swing can think of those dances we’ve had that were so incredible that you just want to stay there in the moment and never let it go. This moment is not created because we dance with a high-level dancer, sometimes it’s just the right moment at the right time and you’re in sync. This feeling is like you’re in another world: the seconds feel like minutes and the 3-minute dance feels like a whole day.
We can analyze and study West Coast Swing like a science but we could never find a formula to repeat these kinds of moments over and over again. And anyway, these moments would not stand out as they do if it was the feeling we had during every dance.

As my last point I just want to say some thanks
I need to especially thank my parents because they trust me the whole time that I won’t do bad things at these events. They are supporting me without supporting me. My mom always tells me that every action has a reaction so as long as I don’t do bad things I’m allowed to do what I want and if I do something wrong she wants to help me out of it and doesn’t want to give me restrictions. The funny thing about my parents is that they support me without knowing what I do. They never saw me dance West Coast Swing live and even if they just see clips of me they tell their friends how proud they are. 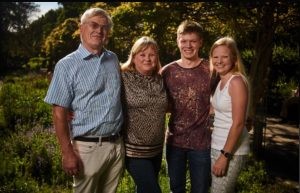 Then I need to thank all the people that look after me at these events. They are so helpful and they all just want to become a better person and a better dancer. People like Maxence, John, Benji and all the other teachers who push me so much dancing-wise and in my personal life. They talk with me outside of classes about dancing and issues in their lives. They ask how it goes with my life so it doesn’t feel like they are my teacher or coach looking down on me. It’s more like a friendship and a conversation on one level. That’s not only for the pros, that’s something I feel from everyone and it’s so nice that we all can treat each other like we’re on the same level.

Same for people like Justin, Xi and Laszlo that take care of me and hold me on the ground and show me how important it is to stay focused in life and let me enjoy the little things in life.
I could go on with listing people that help me but the easiest thing for this is to just thank my dancing family cause every time when I fall on my knees this family can get me back on my feet.
And it’s just incredible how many we are and how good we are to each other.

I really love this community and all the people that are a part of it. Personally I would be happy to have some more young people that travel, but if not, I will have my fun with the “adult” people.
This dance showed me so many more things that are important for life than any teacher could have told me, and I am thankful for that.